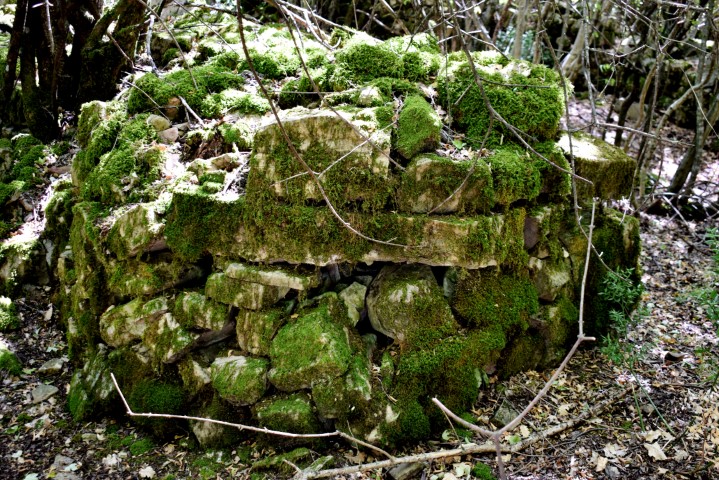 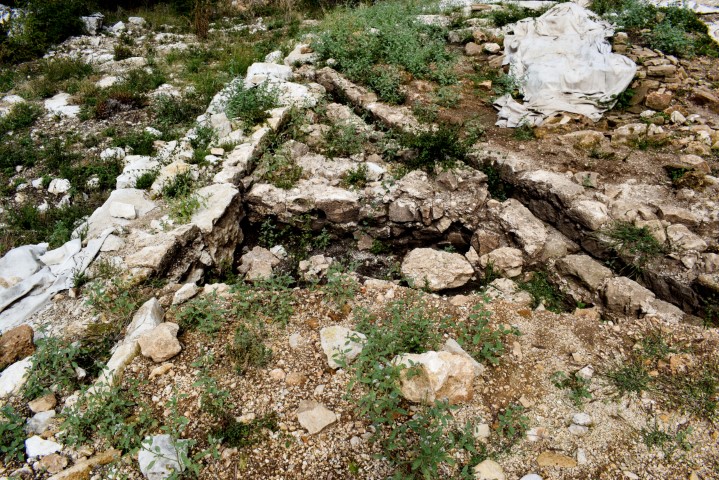 Monbrodo a prehistoric hillfort near the bay Cistern south of Rovinj. This settlement originated in the Copper Age, the 2nd millennium BC and used until the Iron Age. In the current situation, the three terraces and the plateau (30 meters a.s.l.) with the wide defensive walls are easily recognizable. In addition, hidden in the dense forest are the stone walls – executed in the dry technique – of several buildings. The height of this is approximately 1 meter above ground. 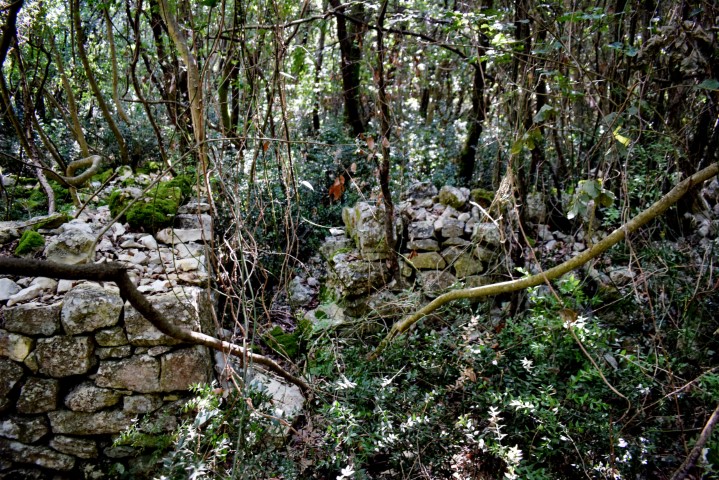 Here is established from archaeological research that stone buildings also existed in the copper age. In the current situation, the defensive wall of the upper plateau is still clearly recognizable, which consists of wide double loops of cube-shaped stones, within which a filling with stone remains. The upper plateau is located at a height of 172 meters. 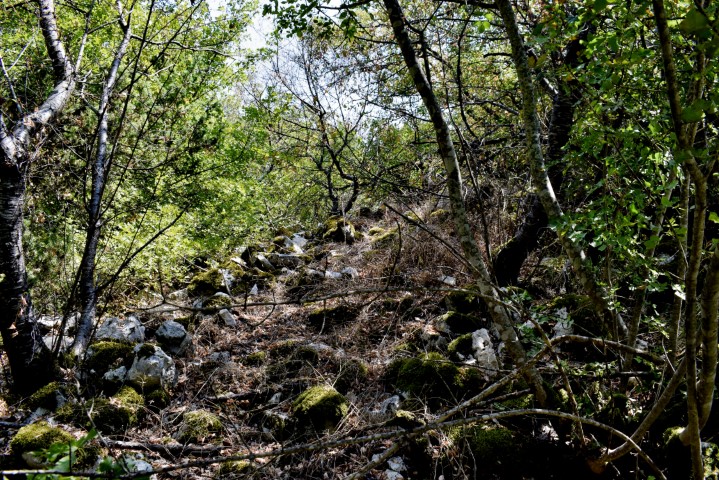 The castle is built on a steep cliff on a southern slope of the Učka Mountains. From written sources it appears that the castle already existed in 1102 and was then called Losilach or Giosilach and later Wachsenstein. Inhabited by Counts of Gorizia, Venetians, the Patriarch of Aquiliea and by Austria. The name of the Romanesque church is St. Hadrianus. 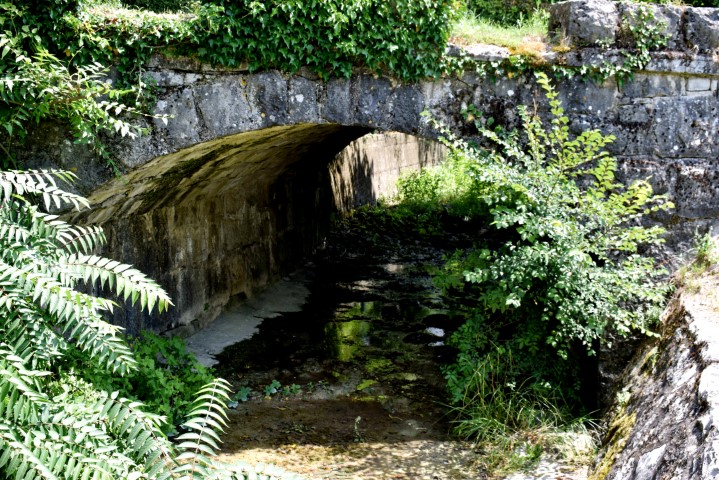 Name: Hiking trail from the village Bačvari through the “Jadrankin put” to the Kožljak castle. 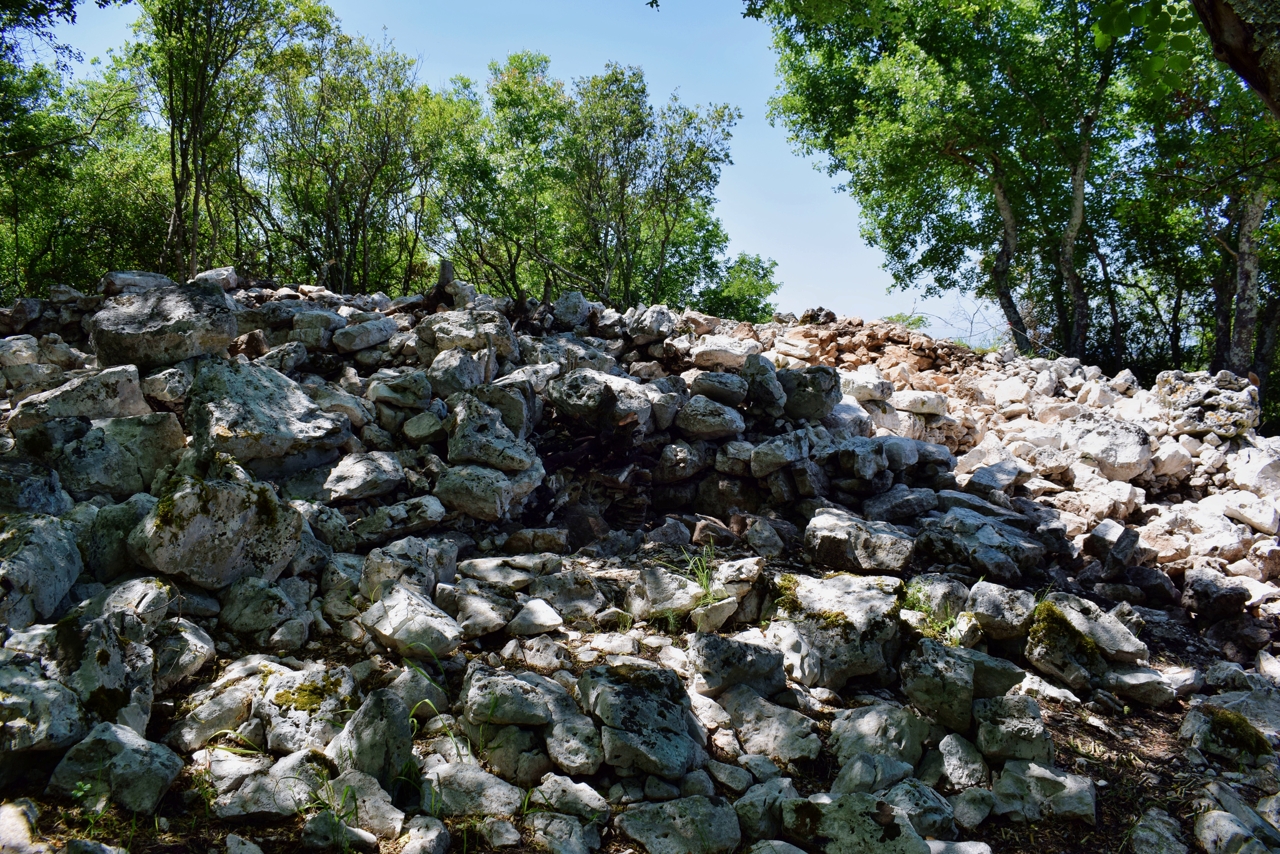 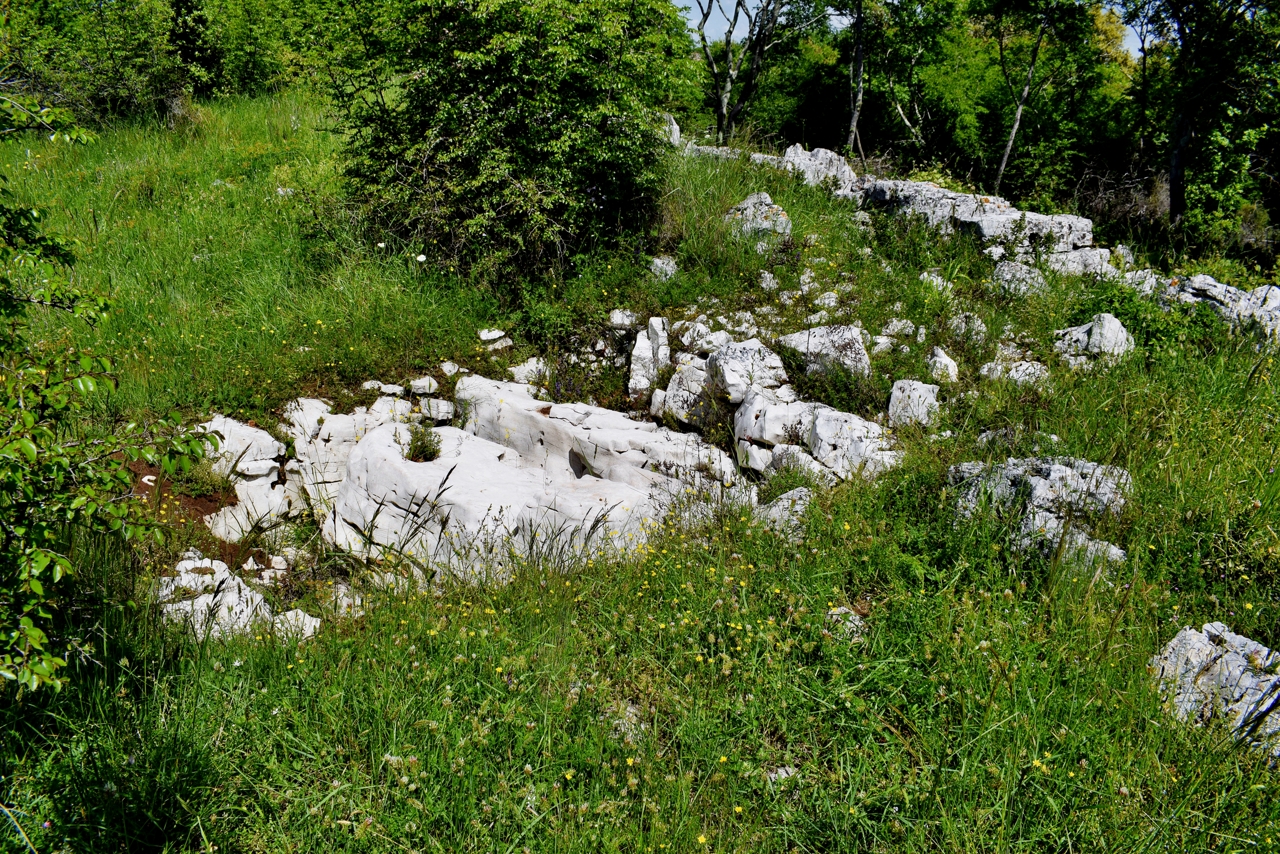 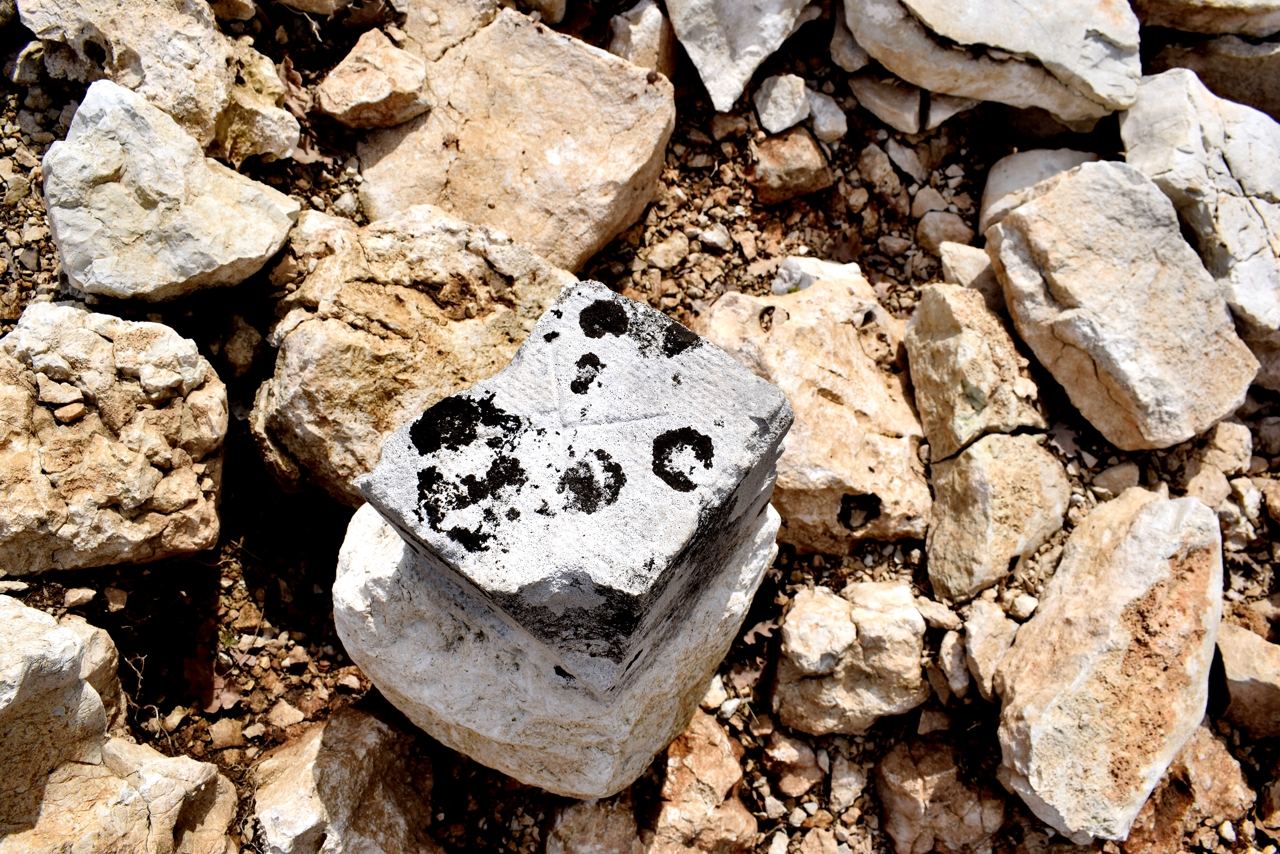 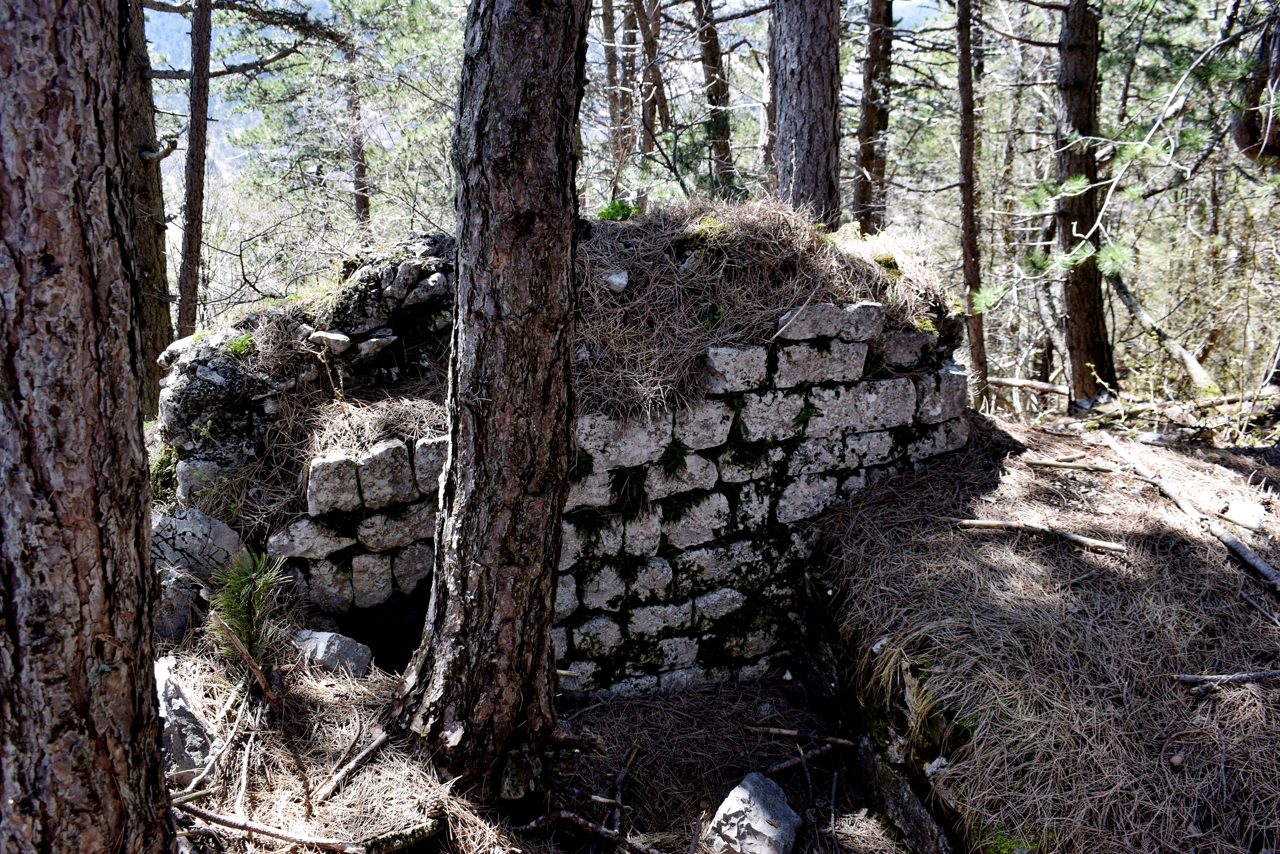 This trail from the village Mošćnička-Draga through a deep gorge to the hamlets of Potoki and Trebišća – Perun. A path of special significance because, after Roman rule, the first Slavic colonialists settled here, but also the area for beliefs and myhical events on which the life cycle is based. The inhabitants engaged in agriculture and animal husbandry as well as other artisanal practices until the mid-20th century when many villages were burned in the Učka Mountains during the 2nd World War. The now abandoned hamlet of Trebišca, which lies in a deep gorge devoid of sunlight for four winter months, has been the actual mythical place of the Slavs, which is reflected in the name of “sacrifice”. The boundary between two worlds and the place of conflict between the gods Perun (the god of thunder and lightning) and the serpent Veles (the god of the earth, the water and the underworld). The water mill is located on the Potok stream and originates from the Middle Ages and is now restored. 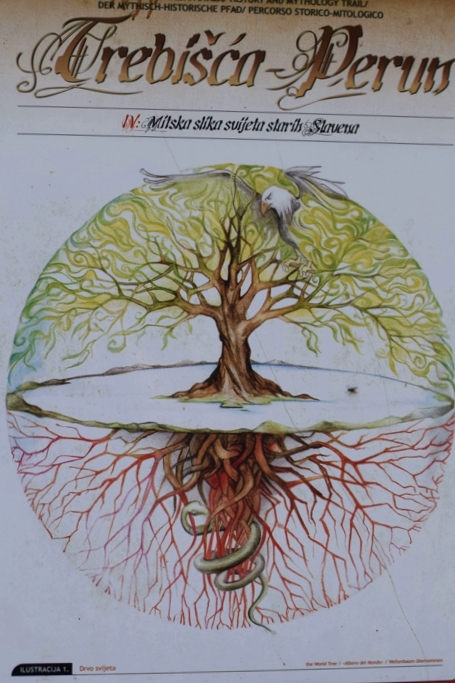