The first inhabitants of Svetvinčenat were the Benedictine Monks who built the Church of St. Vincent on the cemetery from the 11th century. The church has several layers of frescoes. In the village is the castle of Morosini – Grimani . The castle walls and towers date back to the 13th century and had the following owners: The Bishops of Poreč, the Sergi and Castropola family from Pula, and the Morosini family in the 14th century, who rebuilt the castle in the 16th century. Later on the Grimani family. The castle was built as a rectangular fortress and had two round and two rectangular towers. In the last hosted the Noble family and the other was the prison. The round towers were the “guardian” and the “pigeon” tower. In the castle was place for 200 soldiers and it had a “fondaco” ( granery storage house), munition storage and stables.

On the square near the castle is a public well from 1808, a Municipal loggia from the 16th century and the Parish Church of the Holy Assumption with a Renaissance facade and a Venetian bell tower. Also are here two Renaissance buildings.

In the 9th and 10th century the Benedictine Monks  founded an abbey dedicated to St. Vincent. Over the centuries the Bishops of Poreč became the owner of the feud, and in 1209 the Aquileia Patriarchs. Around 1250 the family Sergi – Castropola from Pula till they were forced to leave Pula, and the dominions of Castropola passed to Venice.

In 1374 after the dead of Alberto IV, Count of Pazin, Svetvinčenat passed to Austria and the Hapsburg family.

In 1515 Venice occupied Svetvinčenat. After the fall of Venice in 1797, the family Morosine sold the castle to the Bishops of Poreč  and before WWII they sold it to the Municipality, and became a part of the Austrian Empire. 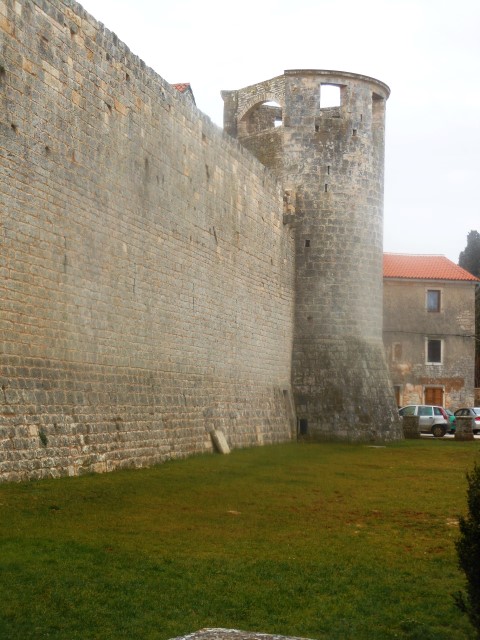