During the Roman period were in Fazana several factories for producing amphorae, tiles, vessels  and oil mills. The amphorae were used for the transport of agricultural products such as wine, olive oil,  grain, and  salted and marinated fish.

In the centre of Fazana is a small square with the Parish church of Saints Cosmos and Damian built in Gothic style from the 15th century. In the church are a few frescoes. Nearby the church is the bell tower of Fazana. The older church in the centre  is the Church of Our Lady of Mount Carmel with frescoes. Direct in the neighbourhood is a cemetery Church of St. John from the 16th century. An older church dedicated to St. Elisias is a few hundred  meters away  in the direction of Peroj, from the 6th century. This church is built on the remains of a Roman country palace.

A Villa Rustica was in Fazana and in a cove nearby the village Valbandon, and had mosaic floors.

Fazana was famous in the past for the amphorae productions and had a harbour and was also situated on the consular road via Flavia. After the fall of the Roman empire in the 6th century Fazana was part of the dominions of the Church of Ravenna. In 1028 Fazana passed to Pula Bishops and later on in 1187 to the Giraldi family and in 1265 the Serge family (Castropola). 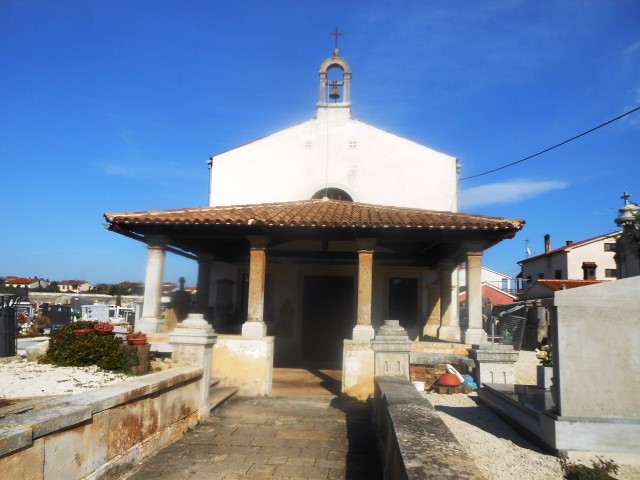