Kršan’s castle – fortified village – is situated in the Rasa valley. It is mentioned in 1274 when the Aquileia Patriarchs and the Count of Pazin signed a peace after a conflict that started in 1268. During the 13th century the feud was part of the Aquileai Patriarchs dominion in Istria. In 1358 Kršan was occupied by Alberto IV Count of Pazin and in 1367  Kršan became a part of County of Pazin. After the dead of Alberto IV, Kršan passed to the Hapsburg family.

The parish church, built in the 17th century, is named St. Anthony. The 22 meter high bell tower was built in 1803. 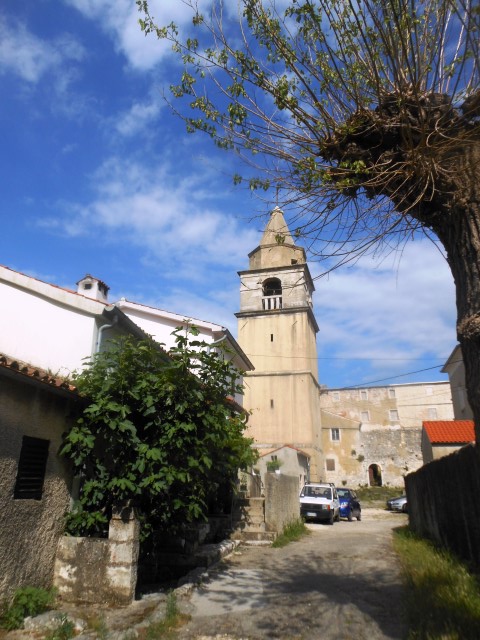