According to tradition, this bridge was built during the Napoleon government in Istria (1805-1813) for a new road from Buzet to Pazin. However, historical sources have shown that there was a wooden bridge over the Draga River in that period. The road was never finished. 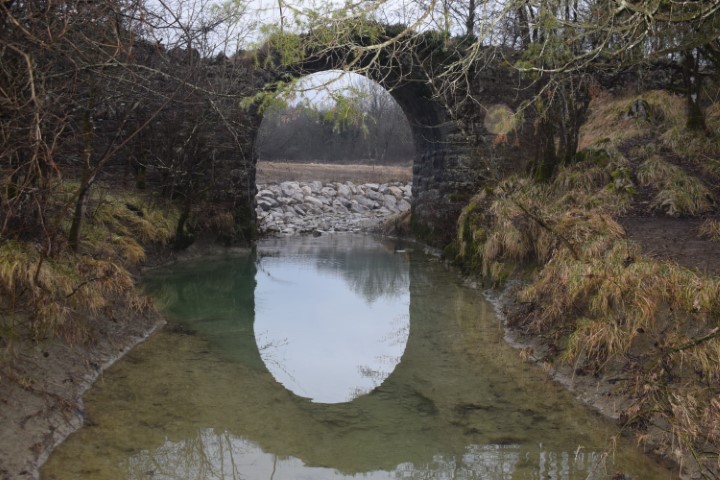