This Amphitheatre was built in the first century AD by Emperor Vespasian and is one of the largest of the approximately 200 remaining Roman arenas. It is built with Limestone in an ellipse shape. The length is 133 meters, 105 meters wide and up to 32 meters high, and offered space for 20000 spectators. Gladiator battles and fight with wild animals took place here until the 5th century, after which Emperor Honorius prohibited this “spectacle”. After this, decay where parts of the arena were used for other construction projects in Pula. The renovation started in the 19th century and the Arena  has since been used for cultural events and theatre productions.

Amphorae were mainly used for the storage and transport of olive oil. These were produced in Fazana and Loron in pottery workshops. Until the 5th century there were stamps on the amphorae of the owners of oil producers from the Roman period. 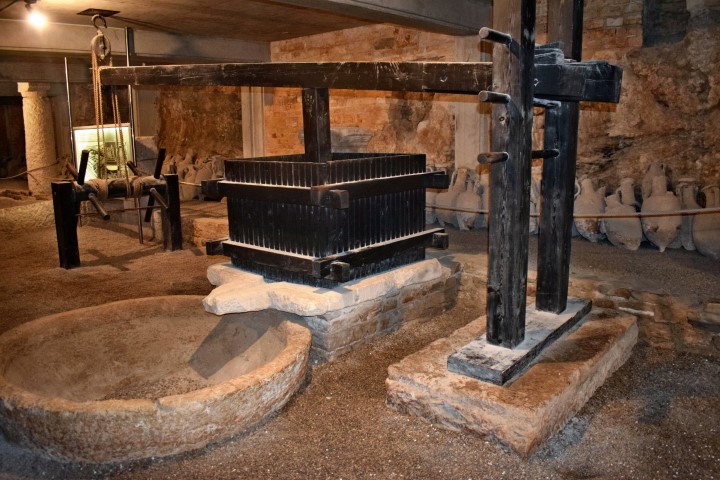