Bale is situated on a hilltop named Mon Perin. In the beginning it was a prehistoric settlement and later on a Roman settlement, Castrum Valles and connected to the Roman Consular road Via Flavia.

The village was in the beginning surrounded in the 7th century by stone walls which are 8 to 10 meters high.

Bale is special known by the  Bembo – Soardo castle, with a residental part built by the family Soardo  in the 15th century, between the two towers of the 7th century. In the castle lived the family Bembo  from Venice, after a marriage with a son of  the Soardo family, since the 17th century.

Inside the wall is a main circular street  on which is situated the Baroque Parish Church  of Virgin Mary Visits on the place of four older churches. In the church is a wooden Romanesque wooden crucifix.

Opposite the castle is the Municipal palace  with a loggia from the 14th century.

A few churches in the vicinity are St. Maro from the 7th century, St. Michael’s church erected on the remnants of a monastery, and St. Peter on the Top  from the 14th century initiated by the Bishop of Poreč. 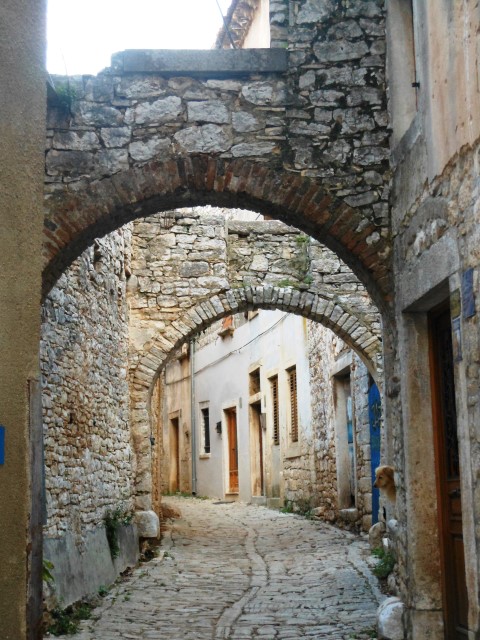