In the Roman time was Novigrad named Aemonia

Outside the wall is the cemetery Church St. Agatha and built between the 9th and 13th century. On the same street towards the centre is the Church of Our Lady with a bell tower built in 1494 and restructured in the 18th century and has above the door a coat of arms of the family Busini. Not far away is the main gate and the walls that surround the town. These were built during the Venice period. Near the coastline on the south side of the town is a round tower, named “rivarella”, and the stone wall in the water is called “spiron”. This “spiron” was about 40 meters long  and prevented that ships came shorter to the wall.

The old town of Novigrad has  preserved the Roman urbanization structure  with Decumanus and Cardo streets. In the centre are the houses built in 1800 and there is the Municipal palace with a tower and a clock.

The Parish Church of St. Pelagius and Maximus is a baselic and that dates back into the 5th century, and restructured in the 8th century, and renovated in 1935. The bell tower is from 1883 according a design of the St. Mark bell tower in Venice. Inside the church there is a crypt from the 12th century. Between the Municipal palace and the Parish Church is the Baroque Palace of the Rigo family, built in 1760.

From 1270 Novigrad was  till  the fall of the Venice Republic in 1797 ruled by Venice. At that time Novigrad was an important wood harbour. 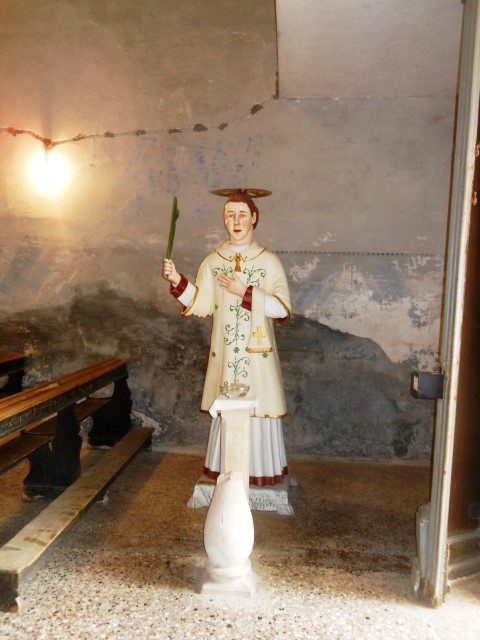