Draguč is situated on the road between Cerovlje and Buzet, and has two churches with  Medieval frescoes, the remains of the walls and a nice architecture.

On the cemetery is the Romanesque  Church of St. Elysius from the 12th century. On the main street is an other church the Church of the Virgin Mary from 1641. In the middle of the village on the main street is the Captain’s building and a house of Antonio Grossich. Grossich was the inventor of desinfections (tincture). On the main square  is the Parish Church of the Holy Cross from the 15th century with besides it a 28 meters high bell tower, that was built in 1847. On a corner of the square is a defence bastion  and on the square is a fountain (1888) and a Judge’s table.

On the wall of the bastion there is a Lion of St. Mark withe open book. Open means friendship towards the Venetian Republic, and closed means that the town was conquered.

A small gate and and subway goes towards the end of the town with Church of St. Rock  of the 16th century. Saint Rock was the protector against the plaque.  On the subway is the “fondaco” (grain house).

In 1102 Draguč was donated by Ulrich II of Weimar to  the Aquileia Patriarchs . In the 13th century Draguč  became   a part of Pazin’s county  and in 1374  after the death of the Count of Pazin it passed to the Austrian Habsburg family. In 4121 Venetian occupied Draguč for one year and again in 1508. From 1523 Draguč was part of the Central command of Buzet. 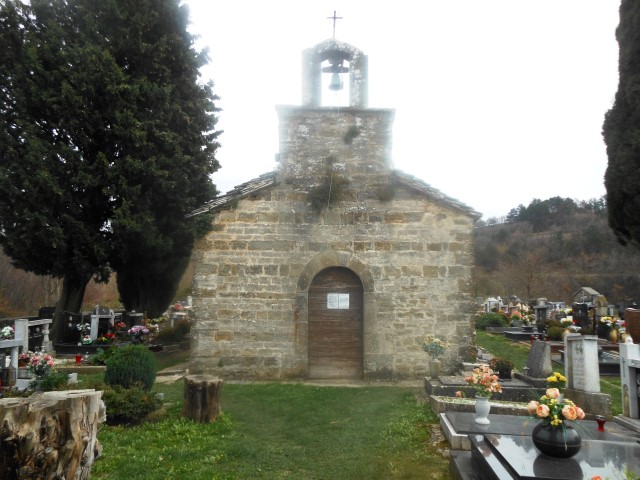