Roč is situated on a 344 meters hilltop in the northern part of Istria.

On the main gate is on a coat of arms an inscription of the year 1064. In the town is a small church St. Rock built in the 14th century with frescoes, and a Parish church  of St. Bartholomew from 1492 and parallel on it stands another smaller church  from the 12th century dedicated to Anthony the Abbot.

Roč was inhabited since prehistoric times  and became a Roman settlement  named Castrum Rotium and is later on in 1064 donated to Ulrich I of Weimar Orlamunde.

The walls are built from 1209 when the Aquileia Patriarchs ruled over Roč, but in 1412 when Roč was occupied by the Venetians, led by the Captain of Raspor Jacopa da Riva the town walls  were destroyed. The surviving  town walls and towers were built after the Venetian domination after 1421. The castle disappeared many years ago. 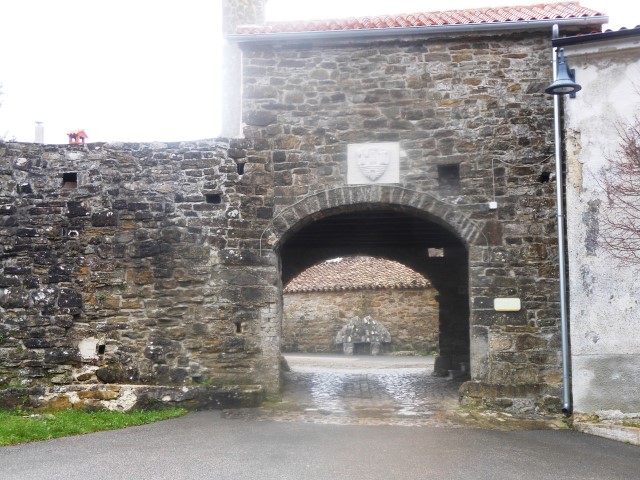