This mountain with a height of about 200 meters was already a refuge in the Neolithic. Later, habitation took place on three terraces in the Bronze and Iron Age. There was also a water source with a large basin. In the Middle Ages, a church and monastery were built here.
There were several tumuli on the adjacent mountain Forke. Now on top is a large rock mountain with a diameter of approximately 20 meters, on which a measuring point is placed in the middle, through Austria before the First World War. 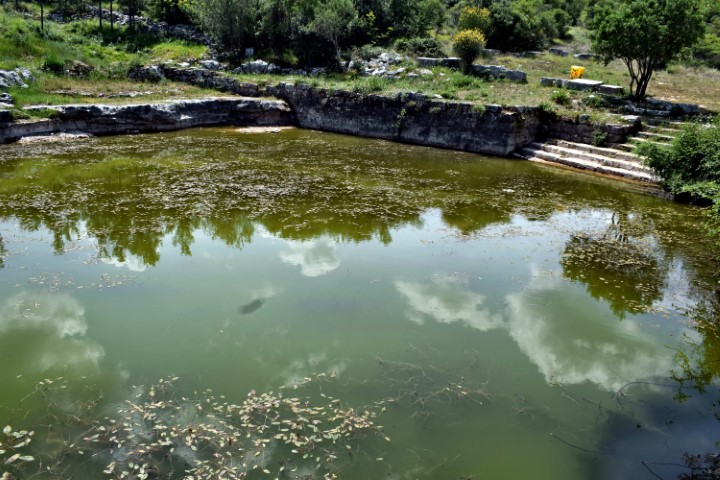 Name: Trail to the prehistoric settlement of Sv, Mihovil near Bale.