At the end of the 19th century, the Austrian merchant / industrialist JG Hütterott (1852-1910) purchased 4 islands in the Rovinj archipelago (St. Andrew, Maškin, Srurago and St. John) and with the later acquired land plots on the mainland, including Monte Mulin he founded a health center here (Cap Aureo – Park Suma Zlatna) by building residential areas and laying out vineyards, olive trees and planting rare tree species.The current surface of this park is approximately 57 ha and has been protected since 1961.

On the Zlatni Rock near the Lon Bay a quarry was started during the Roman period, which existed until the Middle Ages. The name was Montauro. The blocks were discharged by sea to Venice, among other places, for the construction of monumental buildings and sculpture. In the current situation this is a rock climb. There are also remains of Roman buildings here. It cannot be excluded that the rock formations at the top of the Zlatni Rock have a prehistoric history.

Near the Skaraba rock, four tall columns have been placed on a large old stone structure, which has been tunneled to the coast in several places. The meaning and origin of this is unclear. 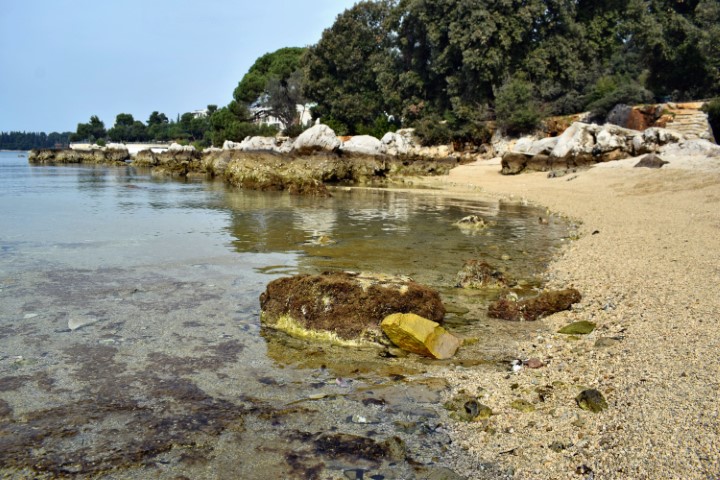