During archaeological research an older fortification wall was established at a distance of 6 meters within the existing shore from the 13th Century. This wall parallel to the existing wall has a thickness of 200-220 cm, built in the 7th Century, and separated by a passage, which was later used for the graves of deceased. 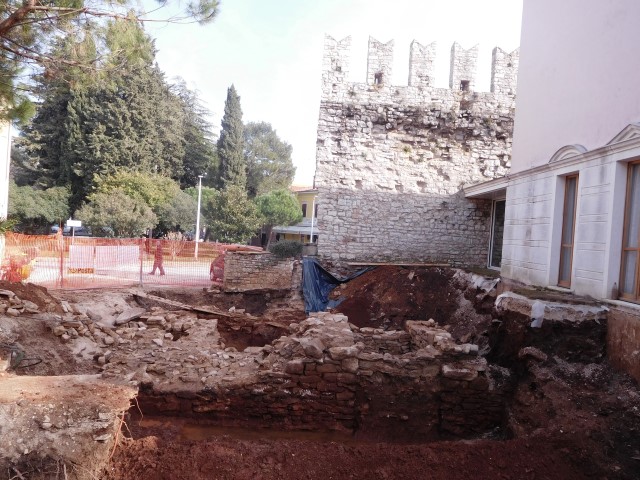