Dvigrad is located in the Lim Bay.

In the first half of the 17th century Dvigrad is destroyed by Uskoci (war between Austria and Venice) and only a few decades later by plaque, so that life in Dvigrad completely died.

In the Roman period the settlement  was named “Duo Castra like Dvigrad now. Built in the 6th century and restricted in the beginning of the 17th century when Dvigrad was the border between Poreč and Pula.

In the Middle  ages were two castles on two opposite hills, named Parentino and Montecastello. Parentino was destroyed in the 14th century and today we can see the the ruins of Montecastello.

On the top of the rock is the church of St. Sophia from the 11th century. Built on the place of an older church from the 7th century. The ruins we see to day date back into the 13th century.

In the neighbour  of the ruins od Dvigrad is located the cemetary church St. Mary of Lakuc 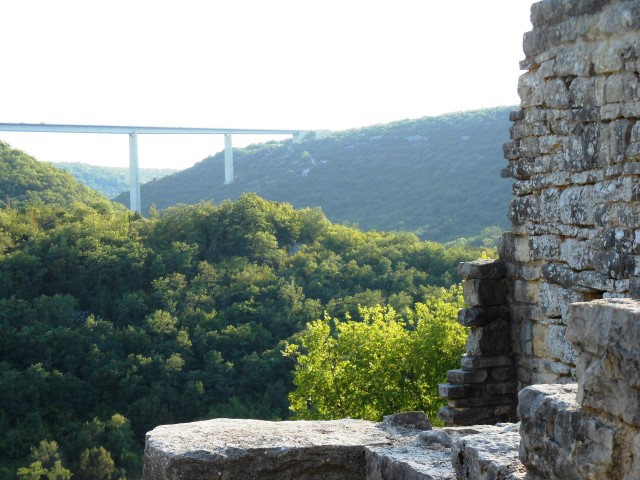