The Socerb Castle is among the most important examples of fortified architecture on the Karst edge. Due to its excellent strategic location this castle was already an important stronghold in Illyrian times. In the Middle Ages it became  a mighty  and well fortification castle controlling the commercial route between Camiola and the coast. From the early Middle Ages  to 1730 was the castle made a cause of fights between the Venetians, Triest and the Habsburg Monarchy. It got many owners, and during the national liberation war , the castle’s excellent strategic position  make it important for both the partisans, and the people court, as well as for German units who occupied it in autumn of 1944, making a fortified stronghold. Now it is an cultural destination with food service. 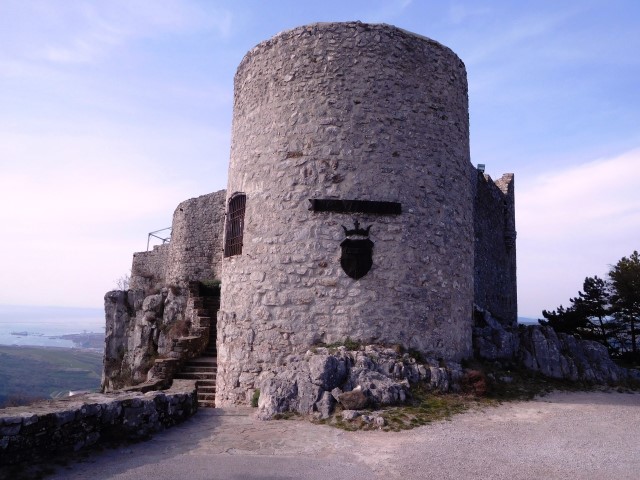