The small Church of St. Cross dates back into the 13th century, and on a wall is a sculpture with Jesus Christ, the bull and the angels.  Under a hackberry near the church is a round table with stone seats, named the perfect’s table. This table is also called Zupan’s table, and has the same function as the Venetian municipal loggia, and used for making important decisions by old people.

In the street near the table that goes upwards  is a house with a vault  and three renaissance windows on the first floor. This house is from 1442. On the top of the hill is the Church of St. Simon and Judas Tadci, with a facade from 1773. Nearby is a bell tower from 1762. Near the church is a school of Juraj Dobrila (1812 – 1882). He was the Bishop of Poreč and an important Istrian.

Tinjan was a prehistoric  and a Roman settlement, named Attinianum. Later on the Bishops of Poreč became the owner and the feud, but Count Mainardo  of Pazin incorporated Tinjan into the County of Pazin in 1368. 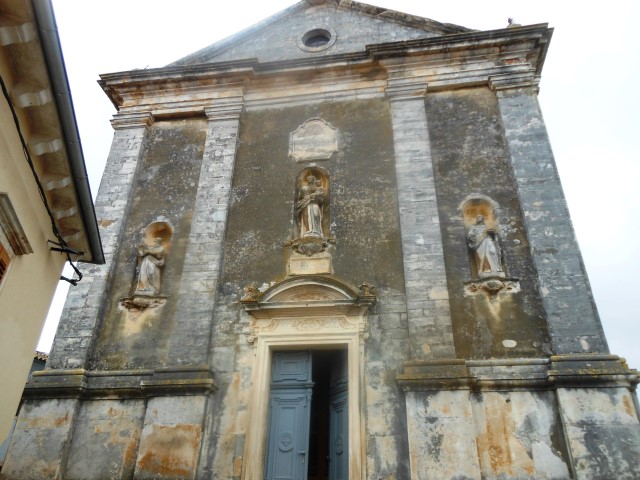