Pazin is located near a natural abyss of 130 meters.

Pazin was important for many centuries because it was the administrative centre for Austria dominions in Istria. To day it is for the Istrian county and also the cultural and economic centre.

The castle is mentioned for the first time in the 10th century, and houses to day the Ethnographic Museum of Istria. The current appearance of the castle was completed by building the northern round tower and eastern wing between 1557 and 1560.  The last owner of the castle was the family Montecuccoli from 1766 until 1945. Above the main gates are coat of arms of five families. Counts of Duino, Walsee, De Pisino, Rab, Schuel or Steindorfer. Palaces and houses of prominent families were built in the vicinity of the castle.

Other historic buildings are the Franciscan Monastery and the  Church of the Blessed Virgin Mary, from the 15th century. In the Monastery is now a library, but formerly a hospital and pharmacy. End 18th century a grammar school and in 1836 a secondary school. During the Napoleon period  the Monastery was transformed into military barracks.

The bell of the Parish Church  of St. Nicholas  is built in 1705 and 45 meters high. In the church that dates back tinto 1266, are frescoes and 13 coat of arms from the families who donated to the building.

Pazin is not a prehistoric town, but is about 1000 years old and Pazin celebrated it in 1983. In the beginning was the name Castrum Pisinum. A prehistoric village was nearby Pazin, named Old Pazin and situated on a 538 meters high hilltop.

In 1102 Ulrich II of Weimar donated all of his possessions  in Istria to the Aquileia Patriarchs  and Mainhard von Schwazenburg became owner of Pazin and founded in 1158 the County of Istria and later named the County of Pazin.

In 1342 became Alberto IV the ruler of County Pazin. In 1374 Alberto IV died and the County of Pazin passed to Hapsburg family. After 1421 when the Aquileia Patriarchs lost their power over Istrian territories, Istria was split for almost four centuries in Marquisate, or Venetian Istria, and County, or Austrian Istria. 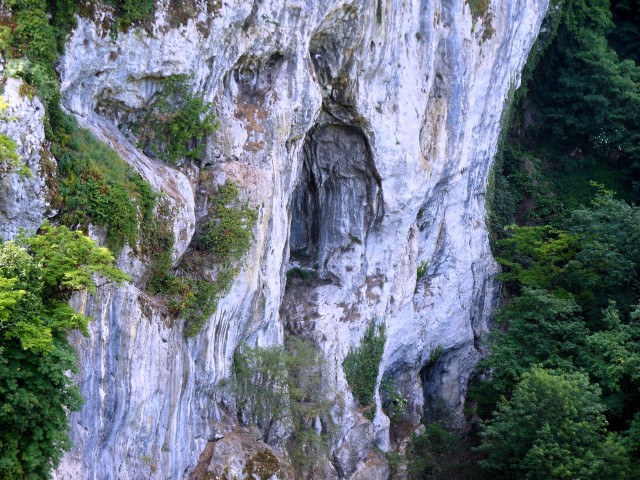