Buje was a prehistoric hill fort and later on a Roman Castrum (Bullea) and connected with the old Roman Consulair road from Trieste to Pula, named via Flavia. The walls of Buje and the defence towers were renovated in the 15th and 17th centuries.

In the main street  is the Church of St Mary  with a big bell tower from 1497 and a Municipal loggia. The sculpture of the goat is made by the same sculptor who made the goat in  Sv. Lovreč. On the end of  the small street from this square is a 48 meter high bell tower belonging to the Church of St. Servulus from 1482. Opposite the church is the Municipal Palace  from 1878 and a stone column “Il pilo” with the lion of St. Mark. In the neighbourhood  is a small church of St. John from 1788. On the western  site of Buje is the defence tower of St. Leonardo and a small cemetery with a church of St. Martin from 1598.

Buje was till 1412 under the Aquileia Patriarchs rule and passed to the Venice Republic till 1797. After the fall of Venice, Buje passed to the Austrian Empire. 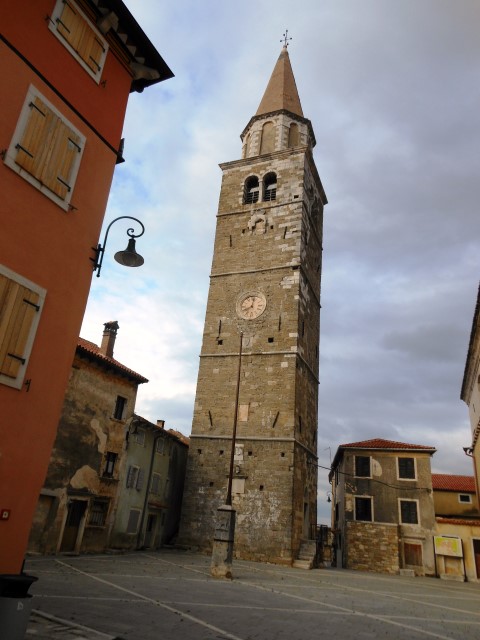