Buzet is located on a 158 meters high hill top in the northern part of Istria.

The town has still its medieval structure, and a lot of houses has an indication about its importance. Buzet was not alone important  during the Roman period, but also during the Venice Republic  when it had the seat of the Raspor’s Captaincy.

The cemetery Church of St. Vito was built in 1653. The large town gate is from 1547. On the main square  is the Parish Church  of the Blessed Virgin Mary built in the 18th century, with a 36 meters high bell tower.

In the neighbourhood of the church is Raspor Captain house and the Municipal palace. Other buildings are the town museum, the small gates (built in 1592), a “fondaco” (grain house) , and the Church of St. George from 1611.

Buzet has been an important fortress in the Mirna valley during the Roman and Venetian period. After Roman period, a period that the Langobarden ruled, and in the 7th and 8th century Byzantine Empire. In 1102 the town was donated by Marquis of Istria, Ulrich II to the Aquileia Patriarchs. After the fall of the Aquileia Patriarchs, in 1421, Venice ruled in Buzet. In 1511 was the destruction of the Raspor castle and Buzet became the centre of the military administration in Istria. After the war in 1616 with Austria it was ruled in peace until the fall of Venice in 1797, and became a part of the Austrian Empire. 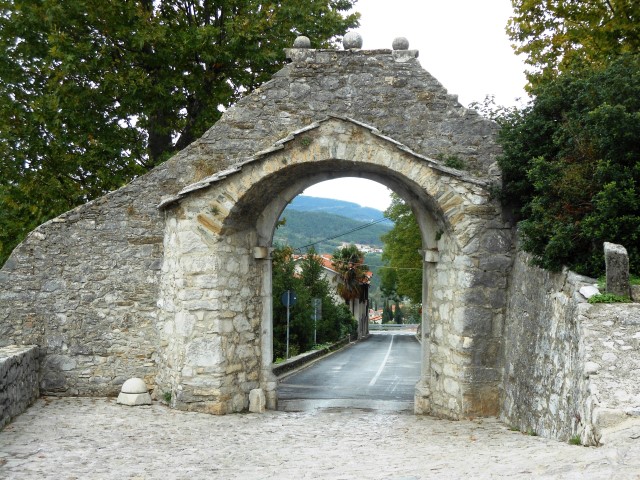