In the main street of Umag is situated the Church of St. Rock  from 1514 and a Baroque Parish Church of the Assumption and St. Peregrin built in 1757. Beside the church is the bell tower from the 15th century with a stone relief  with a Lion of St. Mark, and another relief  that represents the Patron saint with a model of Umag in his hands. Behind the bell tower is on a small square a public well  from 1677, and also a house with a Gothic “befora”  window. Nearby along the coast  is a round tower, built in the 14th century. The walls are from the 11th century.

On the old street going from the main square to the end of  the peninsula, the most houses are from the 15th and 16th century and one with a Renaissance  “befora” window with  a coat of arms above it.  At the end is the town museum hosted in the Meneghei tower from the 14t/15th century.

Umag is a very old town and developed in the Roman period.  After the fall of the Roman period Umag was part of Byzantine Empire, and later part of the Carolingian Kingdom.

In 1180 Umag passed to the Aquileia Patriarchs. Umag was already a town and in 1145 the Municipality  accepted the Venetian “Podesta”, and that will remain until the fall of Venice in 1797, when Umag became a part of Austrian Empire. 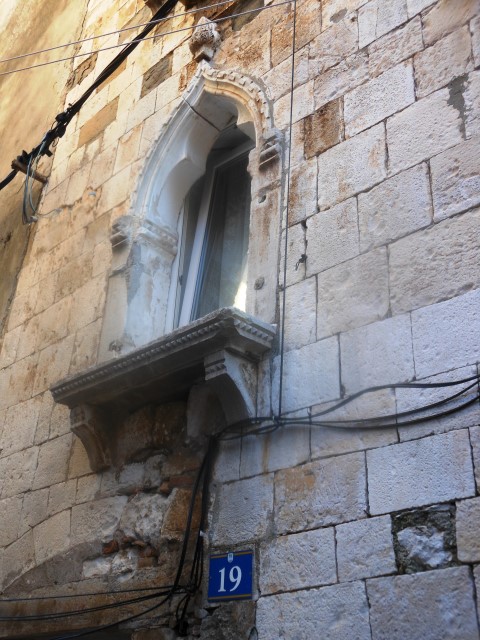